Ladies and Gentlemen, the Battle of Memphis is heating up. The enemies of truth in history are lining up to take their best shot at removing the Nathan Bedford Forest statue and dig up the bodies of the General and his wife Mary. You’ve all seen it – it’s been all over the news, all over social media, all over everything and our elected “representatives” don’t seem to care that those they represent don’t want what they are selling, but they are bound and determined to shove it down our collective throats in an election year vote-grabbing power play. Let me tell you now – this fight is FAR from over, but WE NEED YOUR HELP.

This travesty is addition to the two and a half year long legal battle we have been waging against the City over their illegal attempted renaming of Memphis’s three historical Confederate themed parks – Confederate Park, Jefferson Davis Park, and of course, Nathan Bedford Forrest Park. We have put up a much better fight than ANYBODY, including our adversaries, thought we would or could.

However, while it is true that you CAN take on City Hall, and we have done a great job of it, it is expensive to do so. Governments are well funded and connected, and have the ability to just throw YOUR taxpayer dollars at any legal challenge that may come up against their decision to do what THEY want because they know what’s best for you. We’ve fought them hard and we’ve fought them well, but we must meet our legal bills.

As President of Citizens To Save Our Parks, I am asking you on behalf of our future – in the name of truth in history, of putting an end to political correctness over truth, and in the name of our forefathers and other American Veterans (Confederate Veterans by law ARE American Veterans), to help this organization continue this fight. Let’s face it – after all Confederate symbols and memorials are gone, they are coming for American military, Christian, and other symbols as well, and they’ve already started down that path. If we do not fight this fight, the ball rolls on down the hill toward other symbols that may be more important to you than a memorial to a dead general.

This is YOUR fight. NOW is the time. We CANNOT let them win. Here’s how you can help:

Donate what you can

You can also reach us at Memphishistory@gmail.com

Checks can be sent to:

Citizens To Save Our Parks

The Forrest Park is a cemetery. Tennessee law states that vandalism of a cemetery is a Class E felony.  This means a fine and three years in prison.

We had great response to our heritage event Sunday. It is always great to reward so many who have given so much of their time, effort, and treasure to this fight to preserve history.  Now its back to work!

We need to write our legislators to protect all of our historic sites, monuments and displays.  We need to strengthen and protect our existing laws.  We need to let all of our friends know to do the same. After all, once the first monument falls, the rest become easier.  What is next? The Washington Monument?  Our United States Flag?  Throughout  history when a group seizes power, the monuments and heritage of the residents are the first to go!

Help us preserve American history and write your representatives.

Help us also by donating to our legal fund.

The time is now to start saving American history.

Will you do your part?

The Citizens To Save Our Parks would like to thank all those who helped today in Forrest Park.  There was a huge crowd in attendance.  Some estimates were from 500-600+!  The Memphis Police Department was very visible, but their services were not required.  The citizens of Memphis, as usual, demonstrated tremendous class and integrity.  We were especially glad to hear so many people driving by honking and shouting their support.  Local historical groups donated a brand new United States Flag to the city.  Volunteers reverently lowered the worn and tattered Stars and Stripes and replaced it with the new flag.  They folded the old banner and will dispose of it according to proper flag etiquette.

Despite the heat, everyone had a wonderful time and enjoyed the fellowship, the music, the refreshments and the flag ceremonies. There were guests from Arkansas, Texas, Kentucky, Mississippi, North Carolina, Florida, Illinois, and all across this great land.

Now, on with the fight to save our beautiful parks!

Citizens To Save Our Parks is a non-profit 501C3 organization, dedicated to the preservation and beautification of Memphis’ historical parks.  The organization was founded in late 1999 after an attempt was made to rename the historical parks in Memphis.  Since that time, volunteers have dedicated thousands of man-hours and hundreds of thousands of dollars to install historical monuments and markers to the citizens of Memphis.   The intent has always been to inform visitors, residents and students about Memphis’ rich and storied past. 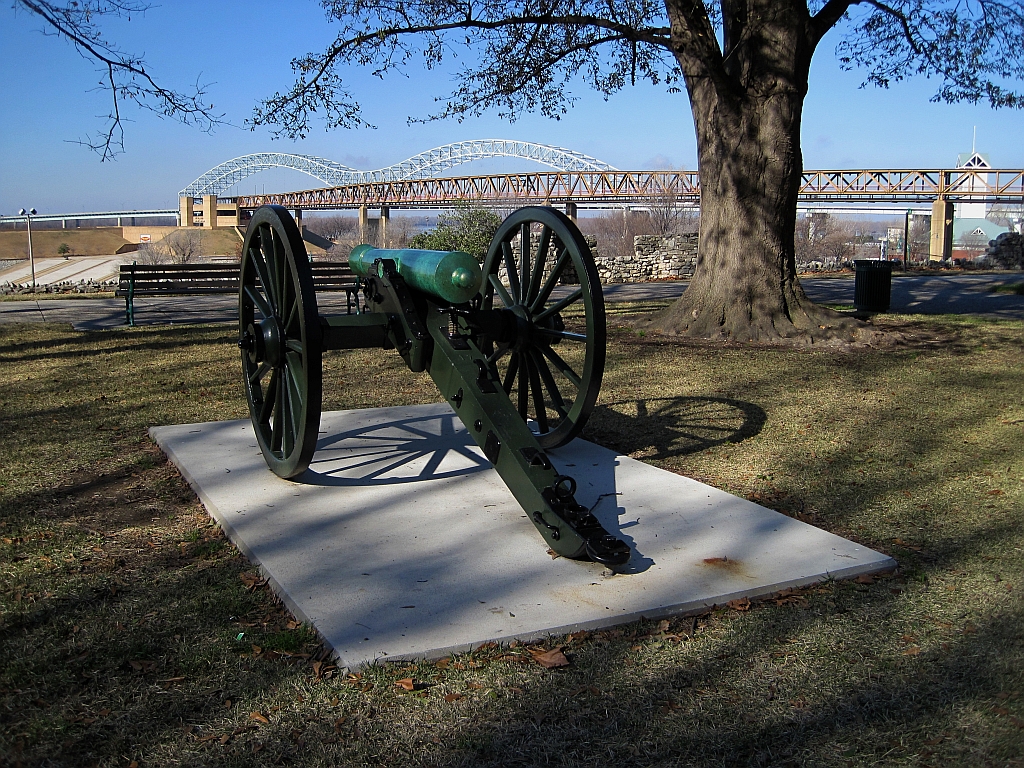 The city of Memphis placed a proposal before the city council to remove the Forrest Statue and exhume the bodies of General Forrest and his wife Mary.  This comes after the city illegally attempted to rename three historical parks; Confederate Park, Jefferson Davis Park and Bedford Forrest Park.  The status of the names of the three historic parks is currently in the Tennessee Court of Appeals. That battle is not over by any means!

The Citizens to Save our Parks needs your support.
We have been at the spear point of the fight to preserve these historical parks since 2000.
We weathered the attacks since then and we have held them off for the last two and a half years in the last attack.  We have worked with the city for many years and donated thousands to the preservation and beautification of the parks.  Now we are locked in a struggle over not only preserving the names of the parks, but the existence of the monuments to American soldiers and the remains of those buried in this historical park as well.  This is a struggle to preserve America!
We need all your help. This battle of Memphis is crucial to the success of preserving our American History.

Please write the City Council of Memphis and tell them why this historic equestrian statue is so important.

The cost to take on the government is very expensive.

Please donate to our legal fund, no donation is to small.

You can now donate via PayPal by clicking the logo below.
You can also mail donations to:
Citizens To Save Our Parks
P.O. Box 241875
Memphis, TN 38124